Mobster Movies are effectively their own genre. They run the gamut, from comedies like Mickey Blue Eyes to dramas like Miller’s Crossing, but they are almost always about bad people doing bad things in somewhat sympathetic ways. They are also almost always about guys doing guy things with guy people in guy ways; to say that mobster movies are made with testosterone the same way that they are made with film would not be entirely hyperbole. Despite having seen many, many many of these, I’m not exactly a fan of the genre; the films are almost entirely too sexist for me to enjoy even as a satire. Which is one of the reasons I liked The Family so much: the women are strong, intelligent, involved, and agents in their own right. 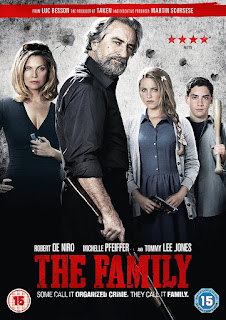 It’s clear right from the beginning that The Family is about exactly what it says on the tin: a group of people tied together by blood and love and the experience of being alone in the world together, and relying on one another in just the way you do when you’re part of a family. We meet “Frank” and “Maggie”, the mom and dad, and the daughter Belle and the son Warren. Frank is actually the ex-mobster, leg-breaker, and all-around bad-guy-mobster Giovanni Manzoni, who we find out is in Witness Protection and currently being moved around to a small town in Normandy, France. FYI: only in movies does WITSEC work this way. Also, his handler is part of the FBI, but that’s not really important to the story. What is important is that these characters are strangers in the “strange land” of France.

The plot is really simple: family in hiding hides, encounters issues while being hidden, is discovered, deals with issues while also dealing with the discovery. But these characters are amazing and lovely and I want to see them more. The relationships are brilliant and real and multifaceted and delicious and fascinating. The dad is pretty central-casting, but Robert De Niro infuses a casual likability into the character that makes him deeper and cleverer than others of the same cloth.

The mom is the thinker of the couple; she’s a manager, a fixer, and a dealer, smart in ways that her husband isn’t, and committed to being careful in ways that he just… isn’t. But it’s also clear that they love each other: they banter, they talk honestly and openly, but they also flirt and get sexy with each other. This is awesome on two levels: first, because they’re a married couple, and second because they’re both considered “old” by Hollywood standards. 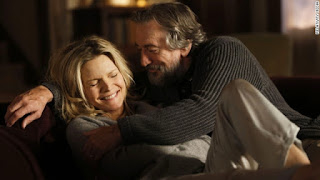 The daughter, played by Dianna Agron, is in contravention of assigned roles in the movies the hitter of the second generation: she’s not stupid (far from it), but she’s also not afraid to let her father show through and deal with things by beating the crap out of them. She’s pretty feminist, too; after kicking the everloving life out of a would-be suitor that gets out of hand, she points it up explicitly: “Girls are not toys to f**k in the park.” She has an open and honest conversation about sex with her mother, and points out that she’ll have sex when she wants, and not before. And then she does, and the negative effects thereof are not because she’s a woman, but because she’s 17.

The son, played by John D’Leo, takes after his mother, but he’s more of a hustler than a fixer. He sees people, he sees how to fiddle them into getting what he wants, and he does it without hesitation or remorse. He’s smart and he knows it, but when he gets into trouble (because that’s what happens in these sorts of movies) it’s not because he’s not smart, it’s because he’s 14 (and his responses to his trouble match up pretty precisely with what a 14 year old boy would do). 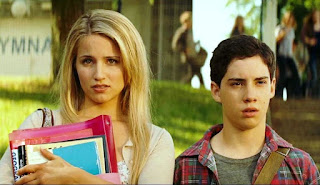 In addition to the characters and their interactions, the writing and directing are excellent, and the pacing is great; this shouldn’t be surprising, because the writer and director of this little family drama is Luc Besson (yes, that Luc Besson of Leon and The Fifth Element). Every character gets their moment in the spotlight, and amazingly everyone gets to be both weak and strong; everyone gets a great moment and everyone gets a moment where they have to get help from someone else. And interestingly, it’s always someone in the family who they count on. In fact, the family are the only ones they can count on.

In the final shots of the movie, as the family drives through the dark out of the town that they drove into the same way, we see that the family hasn’t actually changed at all. None of the usual narrative rules apply to these characters. Things didn’t change them; they didn’t learn any lessons, nothing about them has grown or progressed. They are amazing and messed up people, doing their best to be messed up together and deal with a world that handles them badly. In that respect it reminded me of the new Star Trek movie, where Kirk’s character doesn’t have an arc: he has a line that he ruthlessly pursues.

The Family is available now on Netflix.

Popular posts from this blog

Money and Happiness as a fungible resource

May 22, 2020
Money really does buy happiness. Anyone who tells you differently has a vested interest in keeping you poor, unhappy, or both. I know this because I grew up on the ragged edge of poor, and then backed my way into a career in IT, which is where the modern world keeps all the money that isn't in Finance. So I am one of the extreme minority of Generation X that actually had an adulthood that was markedly more financially stable than my parents. And let me tell you: money really does buy happiness. To be clear: at 45 years old, I'm now in a relationship and a period of my life where our household is effectively double-income, no kids. I live in the city, but I own a house, and can only afford to do that because of our combined income. We also have two cars -- one new, one used (though neither of them is getting driven very much these days) -- and we have a small discretionary budget every month for things like videogames, books, and the like. What my brother used to call DAM -- Dic
Post a Comment
Read more

Organizing And You: Lessons from Labor History

July 29, 2021
I made a joke on Twitter a while ago: Do I need to post the Thomas M Comeau Organizing Principles again? https://t.co/QQIrJ9Sd3i — Jerome Comeau says Defund The Police (@Heronymus) July 15, 2021 and it recently came back up because a member of my family got their first union job and was like "every job should be offering these sorts of benefits" and so I went ahead and wrote down what I remember of what my dad told me. My father had many jobs, but his profession was basically a labor union organizer, and he talked a lot about the bedrock foundation items needed to be serious about organizing collective action. Here's what I remember.    The Thomas M. Comeau Principles of Organizing -- a fundamental list for finding and building worker solidarity from 50 years of Union Involvement. This list is not ranked; all of the principles stated herein are coequal in their importance. Numbering is a rhetorical choice, not a valuation. 1) Be good at your job. Even in an at-will
Post a Comment
Read more

Activision, Blizzard, Game development, IT, and my personal role in all of that.

July 28, 2021
I'm pretty sure if you spend any sort of time at all on Twitter and/or spend any sort of time playing videogames, you are by now at least aware of the lawsuit brought forth by the State of California's Department of Fair Employment and Housing versus Activision Blizzard, Inc., et al. From this point on, I'll add a Content Warning for folks who are sensitive about sexual assault, suicide, and discrimination based on sex, gender, and skin color, as well as crude humor around and about sexual assault , and what the State of California refers to as "a pervasive 'frat boy' culture" around Act/Bliz, especially in the World of Warcraft-associated departments.   Just reading the complaint is hard rowing, even with the clinical legalese in place. The complaint itself is relatively short; 29 pages laying out ten Causes of Action (basically, "these are the legs on which our lawsuit stands"). I'm not sure I have the vocabulary to properly express how a
Post a Comment
Read more